Active And Passive Voice Examples For All Tenses 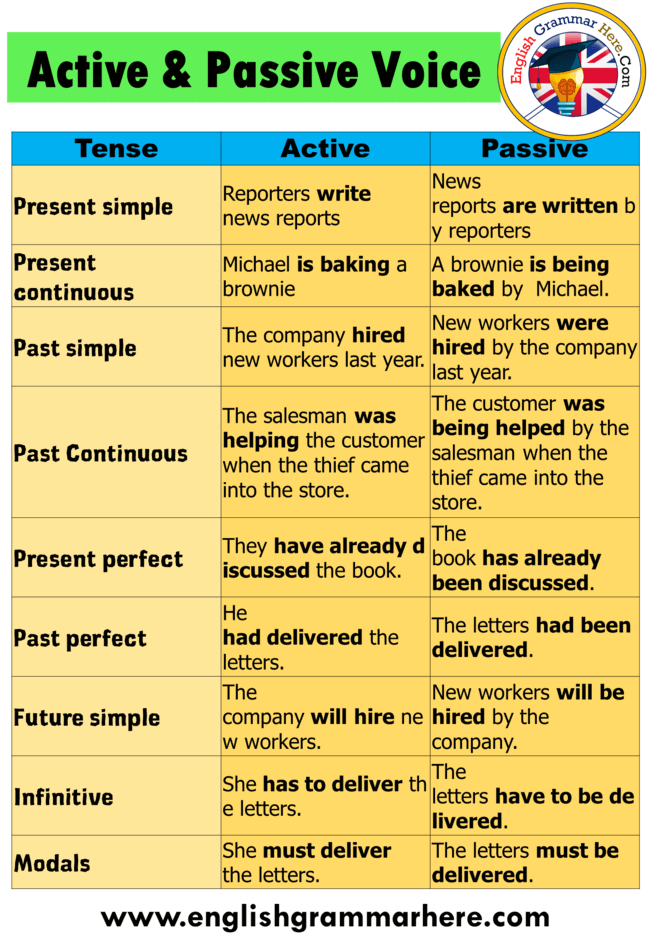 Active And Passive Voice Examples For All Tenses

While trying to form a passive sentence in the present time, we have to add the verbs am is and are auxiliary. Let’s take a look at the sentences below.

1 – He drinks a glass of milk every morning, so he feels very healthy throughout the day.

Every morning, a glass of water is drunk by him, so he feels very healthy.

2- During the day, he uses a bicycle on his way from home to school, so he manages to keep his form.

During the day, while going from school to home, the bike is constantly used by him, so he manages to keep his shape.


3- It helps me whenever I need something, so I want to help it.

Whenever I need something, I am helped by him, so I want to help him.

In Present Continuous Tense, we use the word being in active and passive sentences. In this way, we add passive meaning.

Currently this pen is being used by him to repair the phone, I hope he can achieve it and our problem will be solved in a short time.

As always, an apple is being eaten by Ellisa. This is an indication of how healthy he is.

We use perfect tense when talking about situations that have happened before but still continue to affect. In doing so, it is necessary to add words like have and has to the sentence.

He felt very free and motivation increased for the rest of the day as the work has been finished by him immediately.

So far 5 poems have been written by the little girl, which shows how successful she was in developing her hobbies.

Yesterday a cake has been made by him, and the cake was so delicious that he has been thanked by everyone.

If we want to create a passive meaning in simple past tense sentences, what we should use would be and were. You will find detailed information below.

A car was bought by him yesterday and he felt very happy all day long. So we are glad too.

Yesterday all the walls and the floor of the house were redecorated by Sally. The house looks much different and beautiful than before.

Thank you very much for I was helped by you yesterday, I was really relieved during the day.

What we need to do in the use of Past Continuous Tense is to add passive meaning to the sentence by using the word been again. As long as we can do this, the sentence can be much more clearly understood.

When I saw him yesterday, the laundry was not washed by him. Instead, the music was listened to by him, and he was dancing. He was very happy.

They were sitting together around a table and the song was being sung by them. The dinner was been also eaten by them while singing.

In the past, active or passive sentences can be created with the use of perfect tense. In order to do this, you need to use the phrase had been used while editing the sentences. In this way, you give the sentence the meaning of the requested time. Let’s look at the example below.

The game we have played before yesterday had been won by him, the name of the game was Taboo.

He is really interested in collecting, for example, coins had been collected by him over the years. We love this feature.

Two days ago, a pencil had been broken by it, so unfortunately I have to go shopping.

A notebook had been bought by him yesterday, so he started working today. 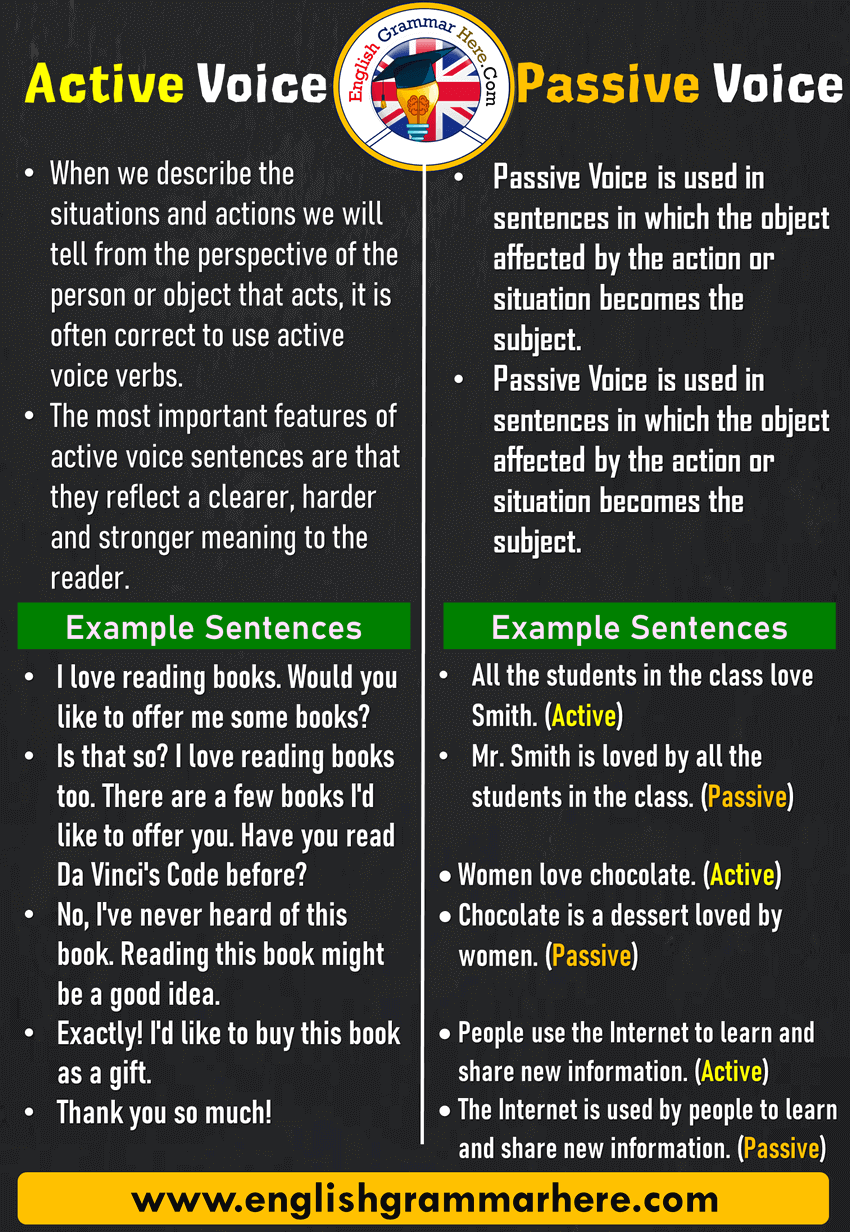