Degrees of Adjectives, Comparative and Superlative 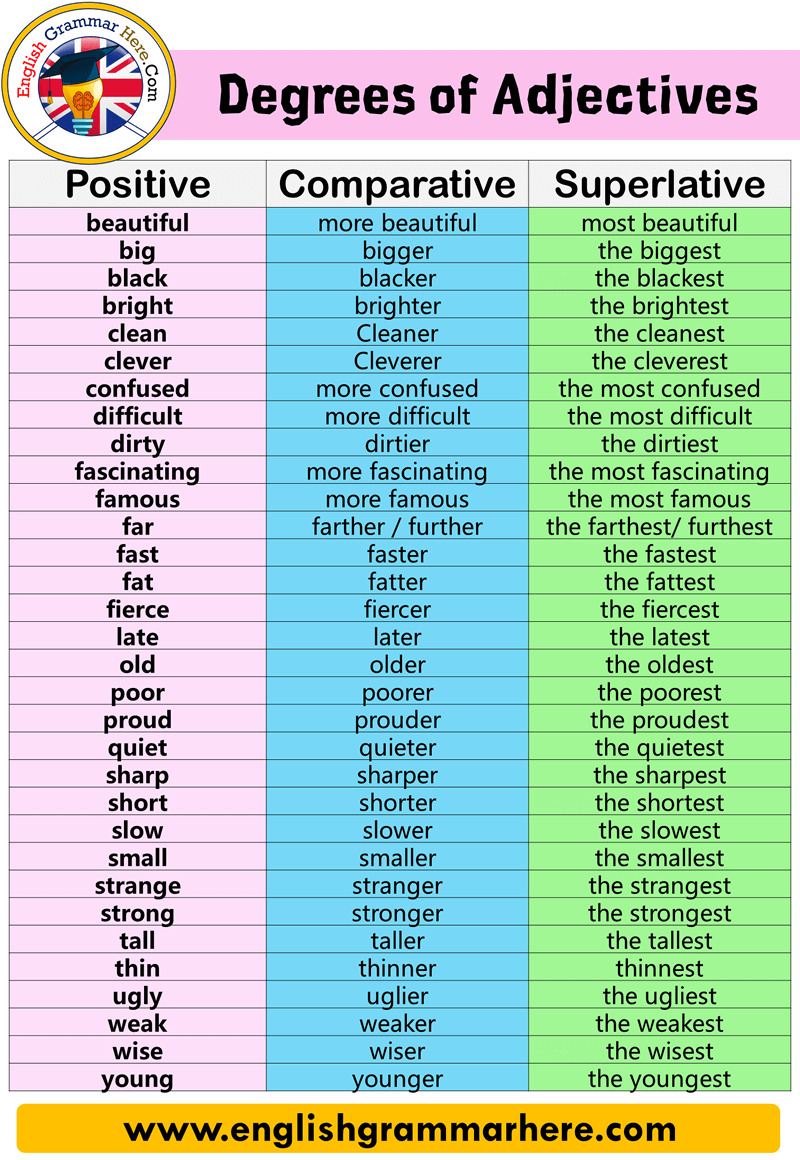 An adjective is a word which modifies a noun or pronoun. They modify the attached nouns and give more information.

A comparative adjective is used to show a characteristic or a property of one thing (noun or pronoun) in a comparison to another thing (only one thing). It makes comparison between two things (not more than two). “Than” is used in a comparative sentence. They use to show comparison of the two things.

A superlative adjective states that a thing is surpassing all the other things in terms of property, characteristic or quantity.

Words with more than two syllables take the “more” and “most” suffix.

Note; Some adjectives do not follow any of the rules explained earlier. They are compared irregularly. Here are the different forms of such adjectives. 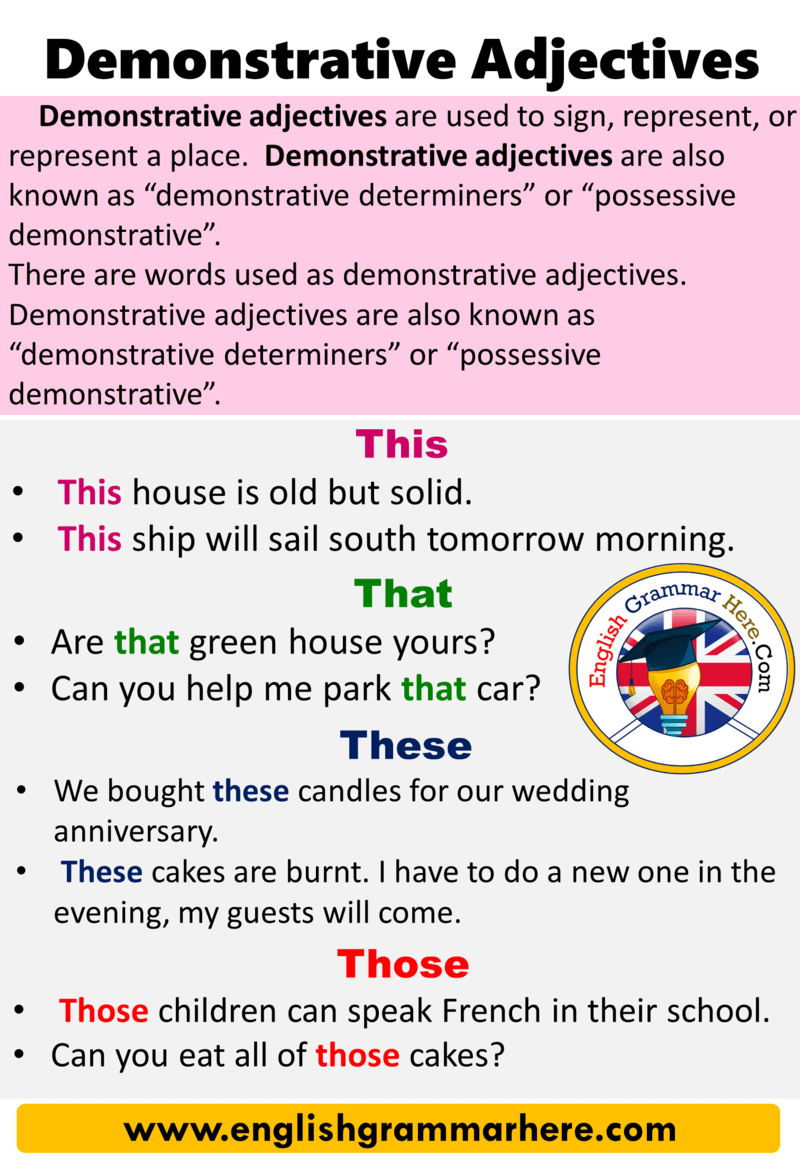