What is Infinitive? Definitions, Examples and Verb + Infinitive List 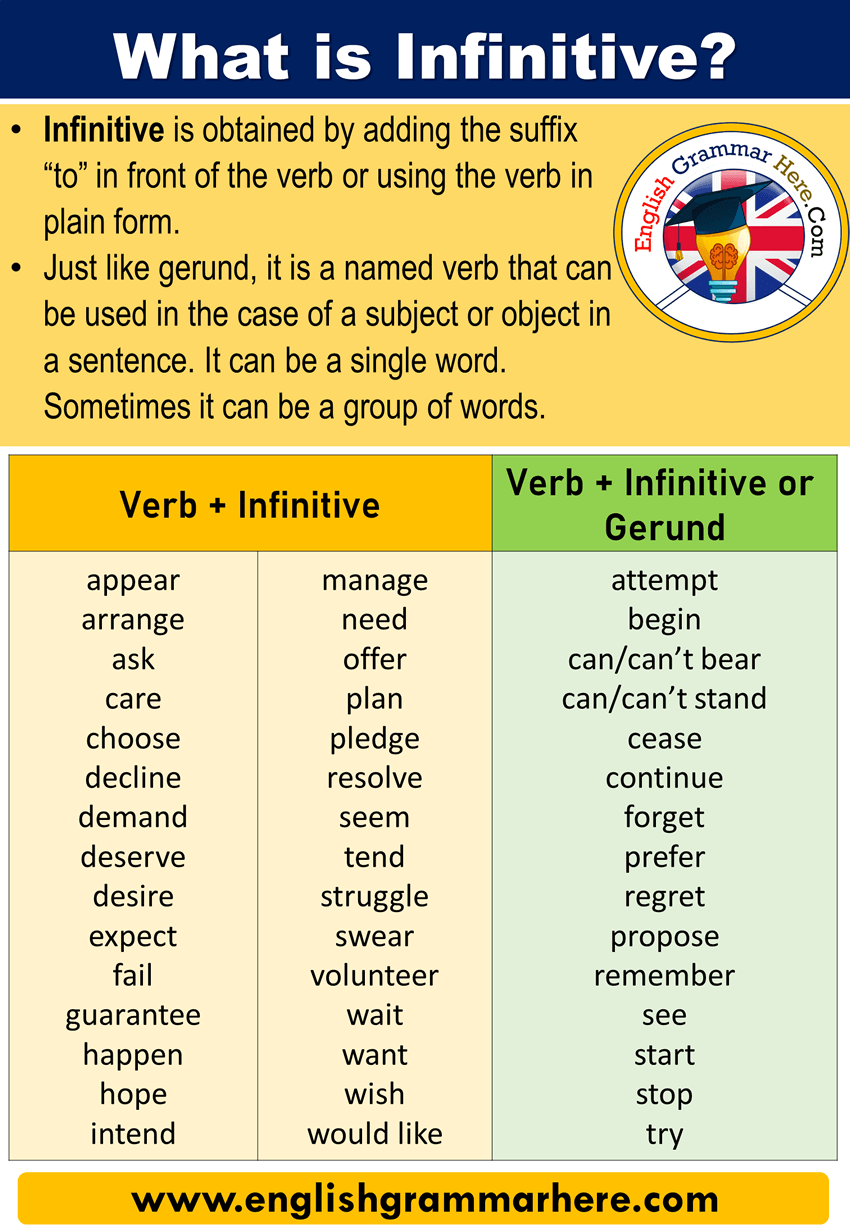 Infinitive is obtained by adding the suffix “to” in front of the verb or using the verb in plain form. Just like gerund, it is a named verb that can be used in the case of a subject or object in a sentence. It can be a single word. Sometimes it can be a group of words.

To make a negative, “not” is brought to the beginning.

It can be the subject of the sentence but there is an important detail. If the subject expresses a special case, it is the infinitive but if it refers to a general case it is gerund.

To have +past participle

They can also be used in the case of the object of the sentence.

Some verbs do not receive a “to” after their objects. Such verbs are converted to passive roof when they take this suffix.

Note: The ‘help’ and ‘be’ verbs both of these take “to” tag and can be used without.

The infinitive + preposition can be followed by a noun.

In formal uses, the noun may be followed by preposition + whom / which + infinitive.

In indirect expression, the infinitive can come after question words like who, what, where.