Explanation and Examples of Interjections in English 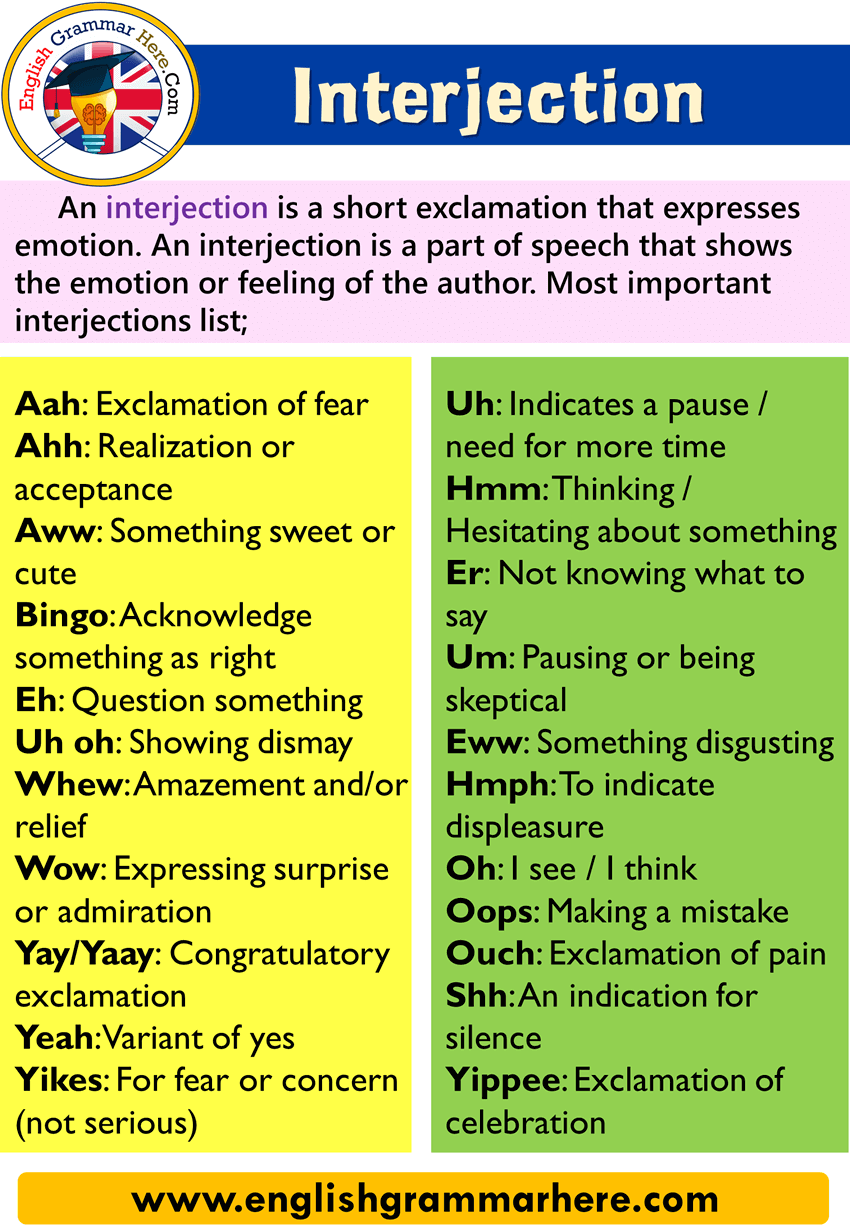 Interjections, express meaning or feeling in a word or two words. They do not help the reader understand the relationship between words and phrases in the sentence.

Usually, interjections are used at the beginning of the sentence. They’re also associated with a punctuation mark designed to convey emotion: the exclamation point.

For example: “ I forgot that there was a grammar quiz today!”

Middle or end of sentences

Interjections don’t have to be at the beginning of a sentence. They can appear in the middle, at the end, or anywhere else where the speaker wants to interject a bit of feeling and emotion.

The interjection is found at the end of this sentence. In this example, an exclamation point wasn’t that necessitated the emotion. Instead, the interjection turned the sentence into a question.

There are literally hundreds of interjections. They are designed to express strong emotions. These are; love, hate, surprise, happiness, anger, enthusiasm, disgust, boredom, confusion, or unhappiness. However, this isn’t always true. Some interjections can express a mild emotion, such as “Excuse me.”

A sample list of interjections includes words such as: boo,crud,dang,eew,gosh,goodness, etc.

Sometimes, interjections aren’t recommended in formal or academic writing. Because of their emotive function, there’s virtually no place for them in an academic writing designed to convey facts. By definition, facts should be devoid of emotion or opinion in the academic or formal writing.

Aww: Something sweet or cute

Hmm: Thinking / Hesitating about something

Er: Not knowing what to say

Um: Pausing or being skeptical

Shh: An indication for silence

Bingo: Acknowledge something as right

Yikes: For fear or concern (not serious)