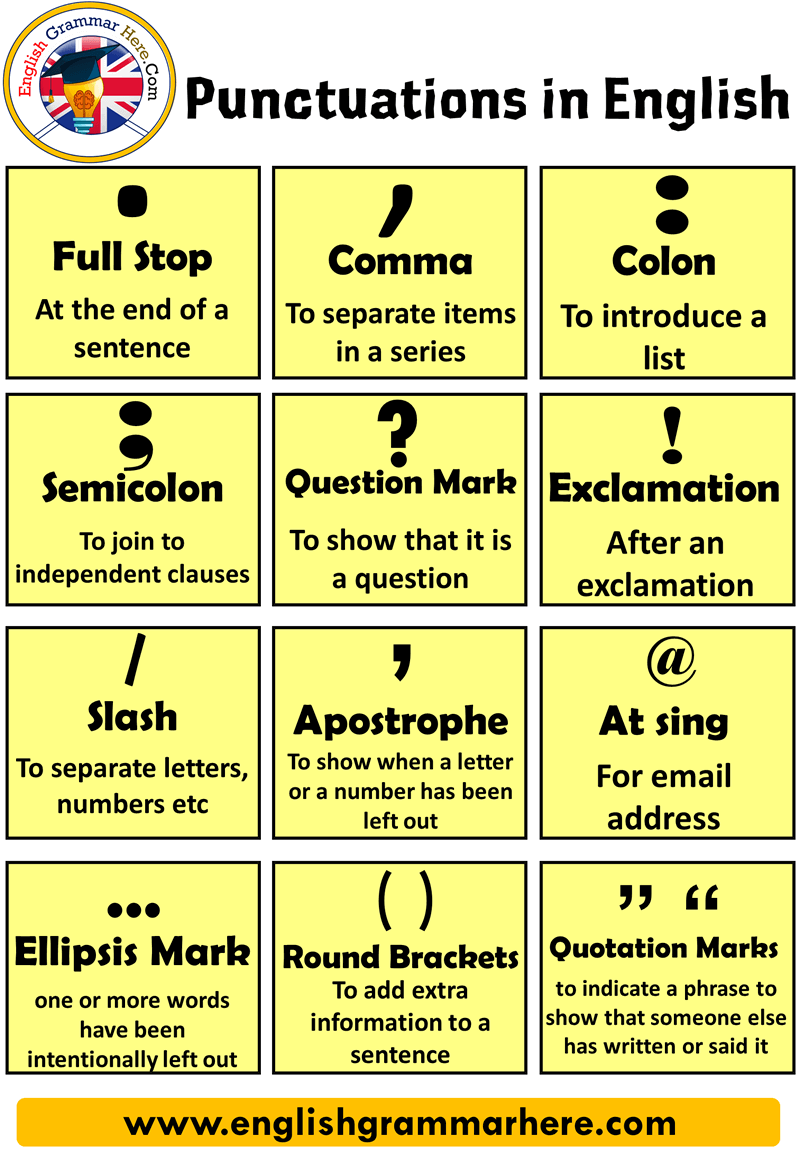 There are some punctuation marks that are commonly used in English grammar. They are the question mark, exclamation point, comma, semicolon, colon, parentheses, brackets, braces, apostrophe and ellipsis.

There are three punctuation marks for use as sentence endings. They are the question mark, the full stop and exclamation point.

The period (.) mostly used at the end of the sentence, or a statement thought to be complete and after many abbreviations. A period can also be show the end of a group of words that don’t form a typical sentence.

Use a question mark (?) at the end of a sentence, to indicate a direct question and it is used after an interrogative sentence.


When a person wants to express a sudden outcry or add emphasis the exclamation point (!) can be used.

The comma (.), semicolon, and colon can indicate a pause in a series. The comma is used to show a separation of elements within the structure of a sentence.

The semicolon (;) is used to connect two or three independent clauses. It shows a closer relationship between the clauses.

A colon (:) has three main uses. It is used after a word such as introducing a quotation, an explanation, an example.

The second is between independent clauses when the second explains the first, like a semicolon:

A colon is used for emphasis.

The final punctuation forms in English grammar are the apostrophe, and ellipsis. They are not related to another in any form. An apostrophe (‘) can be used to indicate the omission of a letter or letters from a word.

The ellipsis is represented by three periods. (. . . ) The ellipsis is used in writing to indicate an omission, especially of letters or words. Ellipses are used within quotations to jump from one phrase to another.

Meaning: Exclamation mark is used immediately after an exclamation.

Yes, You will come with me!

Meaning: at the end of a phrase or sentence to show that it is a question.

How much paper will they need?

Meaning: one or more words have been intentionally left out

Meaning: used to indicate a phrase to show that someone else has written or said it.

Free ticket will be given to children/women only.

It [apple] is really useful fruit.

Round Brackets or Parentheses ( )

Michael has a big house; Alex has a small house. 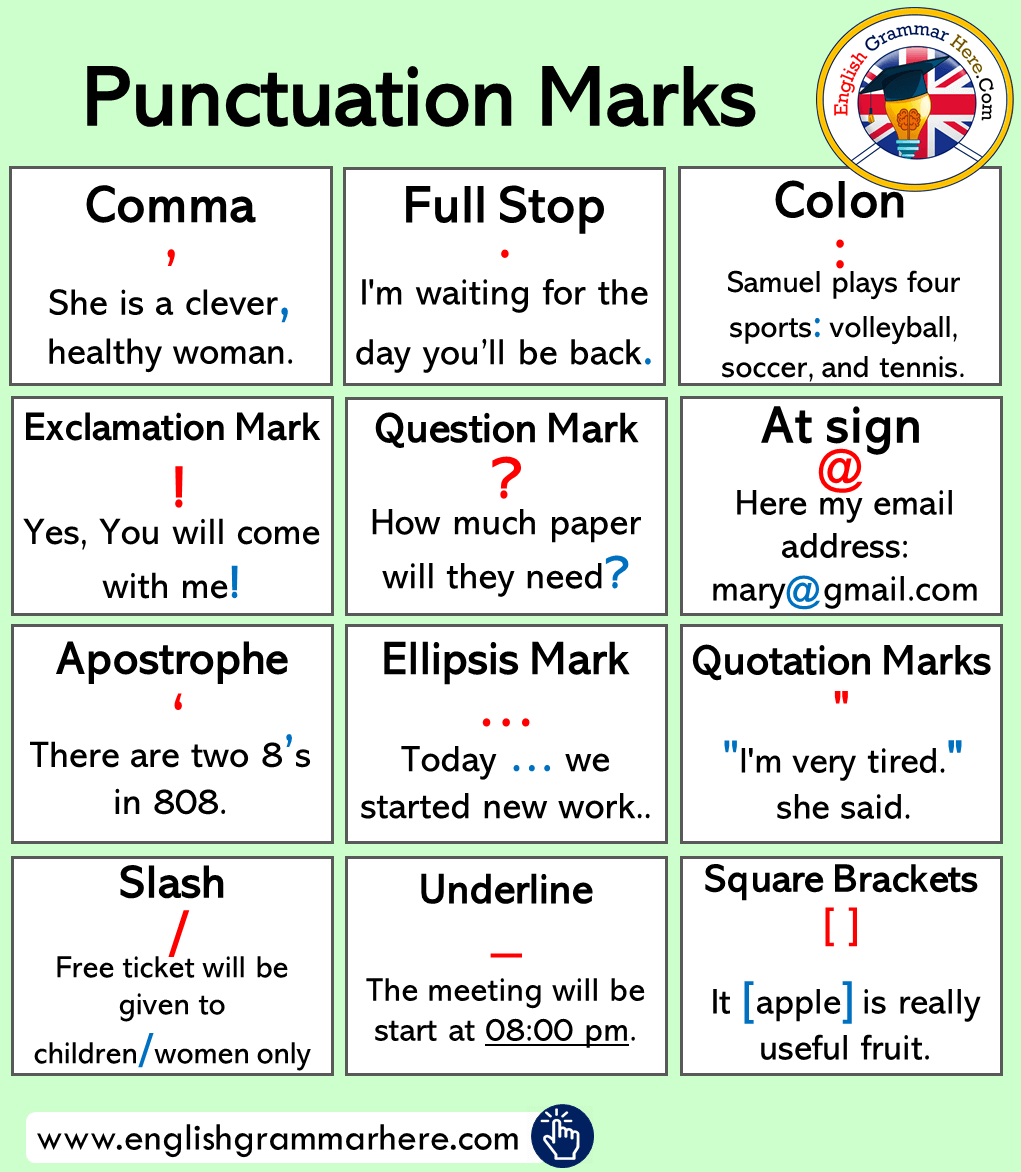