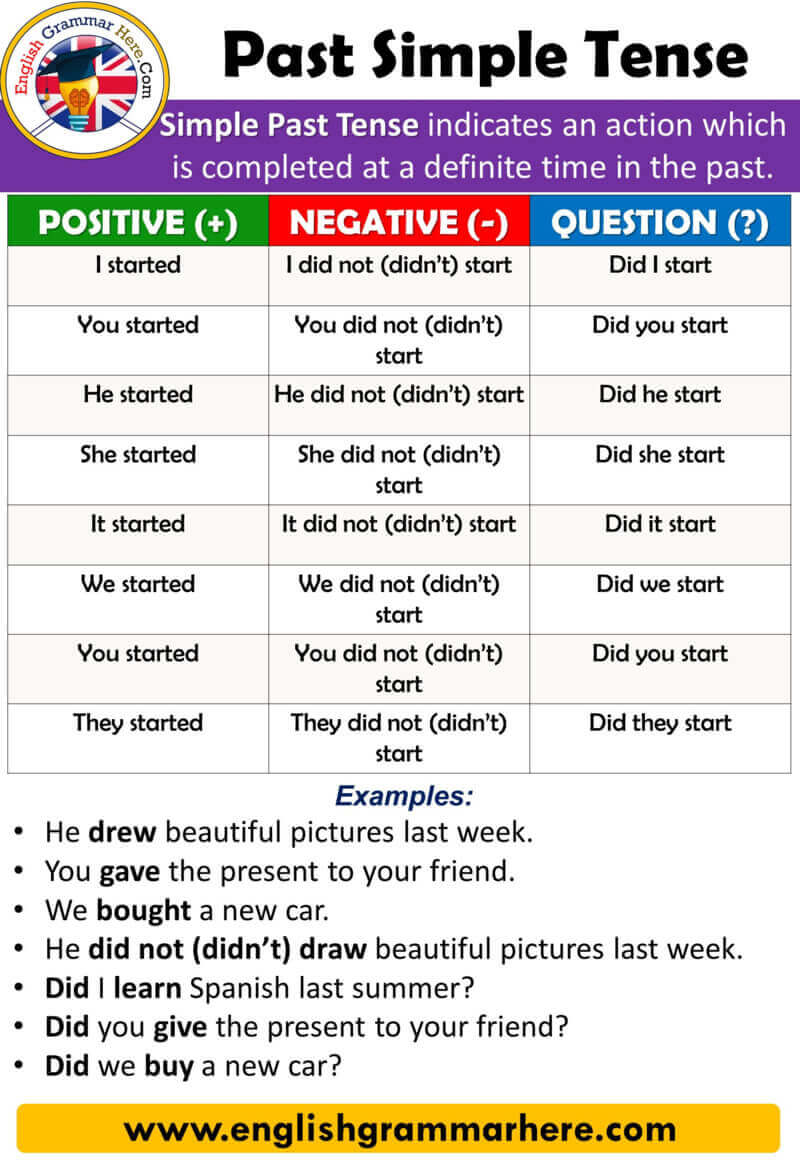 In everyday life, we may sometimes need to use the past tense when expressing our desires, needs and experiences. When we construct sentences with the past tense, we state that any event is experienced, ended and experienced in the past. Simple past tense offers exactly that in both negative and positive meanings. When using simple past tense, we need to use the second form of verbs. Some verbs are called regular verbs and in the second case they take the -ed suffix. But some acts do not follow such rules and take on a completely different form. Such verbs are called irregular verbs. In order to use past simple tense, it is very important to memorize the second forms of verbs completely. For this reason, we recommend that you pay attention to the form in which verbs are used and with which attachments they are used.

If you want to learn All Tenses in One Page, Look at 12 Tenses Formula with Examples

When we want to make a positive sentence with past simple tense, we need to use the subject first. The subject is the person who acts. In short, the sentence structure should be:

Such sentences are usually statements that declare an action. There is a movement in the structure of such sentences. But sometimes we want to talk about a situation when we talk about past tense. Actions may not be included in these situations. In such cases, we need to use a different structure.

The above structure is used when we want to talk about the situation rather than an action. Let’s see some examples.

Past simple tense negative sentence is as simple as positive sentence of it. As you know, we use ‘’’do not’’ or ‘’does not’’ when we want to create a negative meaning in the broader time. If we want to make a negative sentence in the past tense, we should use the word ‘’did not’’. In addition to that, we use was not or were not when we are talking about situations. Let’s see the structure and the examples.