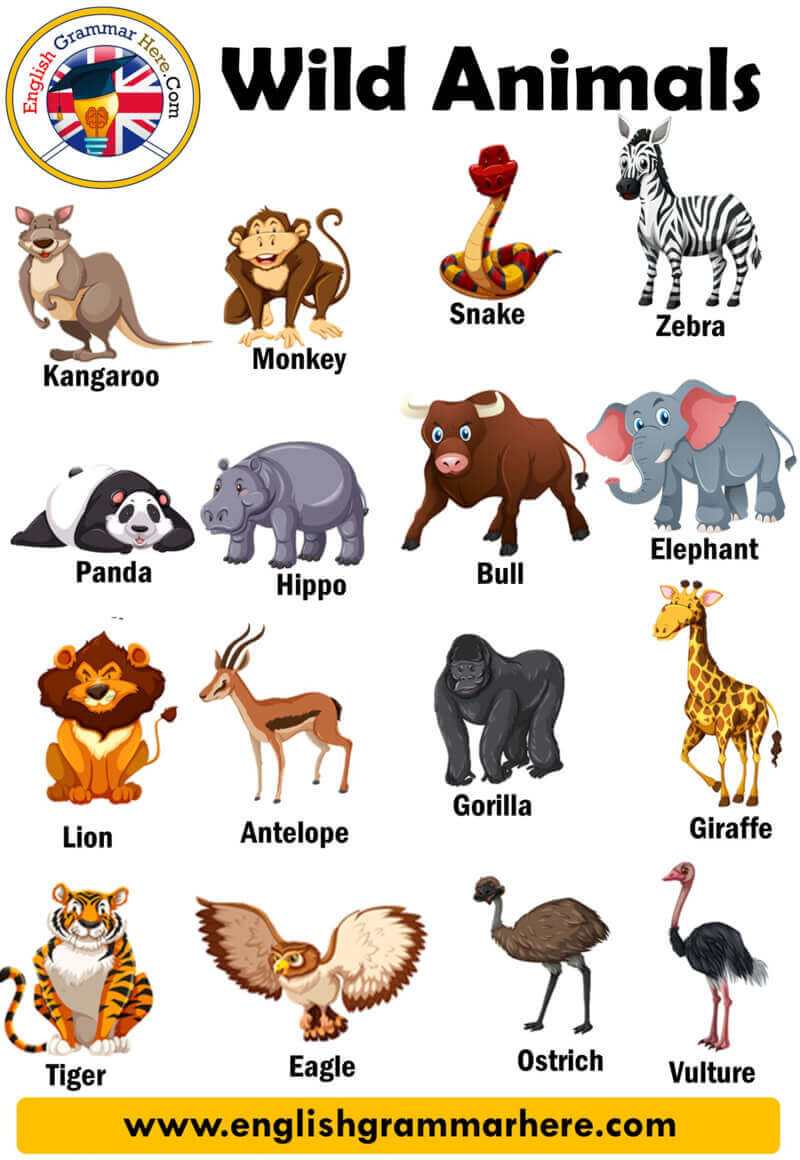 Often it can even be dangerous to get close to some because they can be either aggressive or poisonous. Therefore, predators cannot be tamed and are left in their natural habitat. Although we do not encounter wild animals in daily life, it is possible to see some of them in places such as zoos. Because they are protected there and they cannot harm people.

Some wild animals are given below with sample sentences:

Lions are known as the ‘king of the forests’ as everyone knows.

Lions and tigers are known as two different types of cats.

The pig farming industry is highly developed in this country.

The sharks in the animated movie we watched yesterday were quite large and terrible.

There are several types of snakes but also found in venomous snakes. They are considered a wild animal because they are dangerous.

In my dream I saw a huge brown bear chasing me.

Crocodiles are very dangerous and scary animals, I learned this in the documentary I watch today.

In this fairy tale, a wolf attacked the herd of the shepherd who fell asleep and forgot the sheep.

We cannot make them guard because foxes know poultry well.

Today we all participated in bull races.