When names have the meaning of place or time, they have some suffixes in front of them. These additions give them a direction and decorate the meaning in the sentence. The predicate is predominant in English and the sentence formation goes to the beginning. As a result, these prepositions, which we call preposition, also come at the beginning of words.  As all prepositions have their original meanings, they can sometimes come together with words in sentences and produce different meanings other than their own meanings.

Uses in Their Meanings:

As we have already mentioned, all prepositions have their own original meanings and they come before the names in the sentence and position them as “space-time-properties.

Prepositions do not always give their original meaning.  Some nouns, adjectives or verbs are added to the end of the written and spoken and they assume the task of their tail. In this type of use, they certainly do not assume any special meaning and are additional and should be known together in words.

listen to, insist on, interested in, have difficulty in,  angry with, look at, happy with, point at

Uses in the annex-changing feature:

In this category, prepositions come to the end of words and lose their original meaning and give them new meanings. Now words and prepositions have created a third meaning that has lost their meaning. Such words do not have a specific construction rule and must be known separately. These words are called “idiomatic verbs”.

– Her house is across the street.

– They live across the street from you.

– Put a period after each sentence.

– His bicycle was leaning against the fence.

– Don’t lean against the stove.

– The house is among pine trees.

– The shop is just around the corner.

– Let’s take a walk around the park.

– He is a student at a very good university.

– I have your assignment before me now.

– The garage is behind the house.

– There is something behind the tree.

– They live in the apartment below yours.

– This land is below sea level.

– Your grade is below average.

– This city is two thousand feet above sea level.

– Helen is sitting between Jack and Tom.

-The matches are over there by the cigarettes.

– She was sleeping in an armchair.

– She lives in a small village.

– There are many cars parked in front of my house.

– Helen is standing in back of Martha.

– It is colder inside the house.

– The napkin is placed beside the plate.

– You shouldn’t smoke near gasoline.

– They are sitting near the window.

– Put a stamp on the envelope.

– He found the book on the table.

– The school is opposite the park.

– There’s a bird’s nest outside my window.

– The window is over the radiator.

– The dog is under the desk.

– Put it under the table.

– The book is underneath the papers.

– I saw her walking up the street.

– She took a walk through the park.

– We saw her going into the theater.

– The dog ran into the room.

– We saw you walking down Oxford Street.

– She went to the supermarket.

– The bird flew through the open window.

– This road leads towards the sea.

– The fish were swimming up the river.

– Would you please call after 9?

-You should take this medicine before mealtime.

– She should be back by seven. 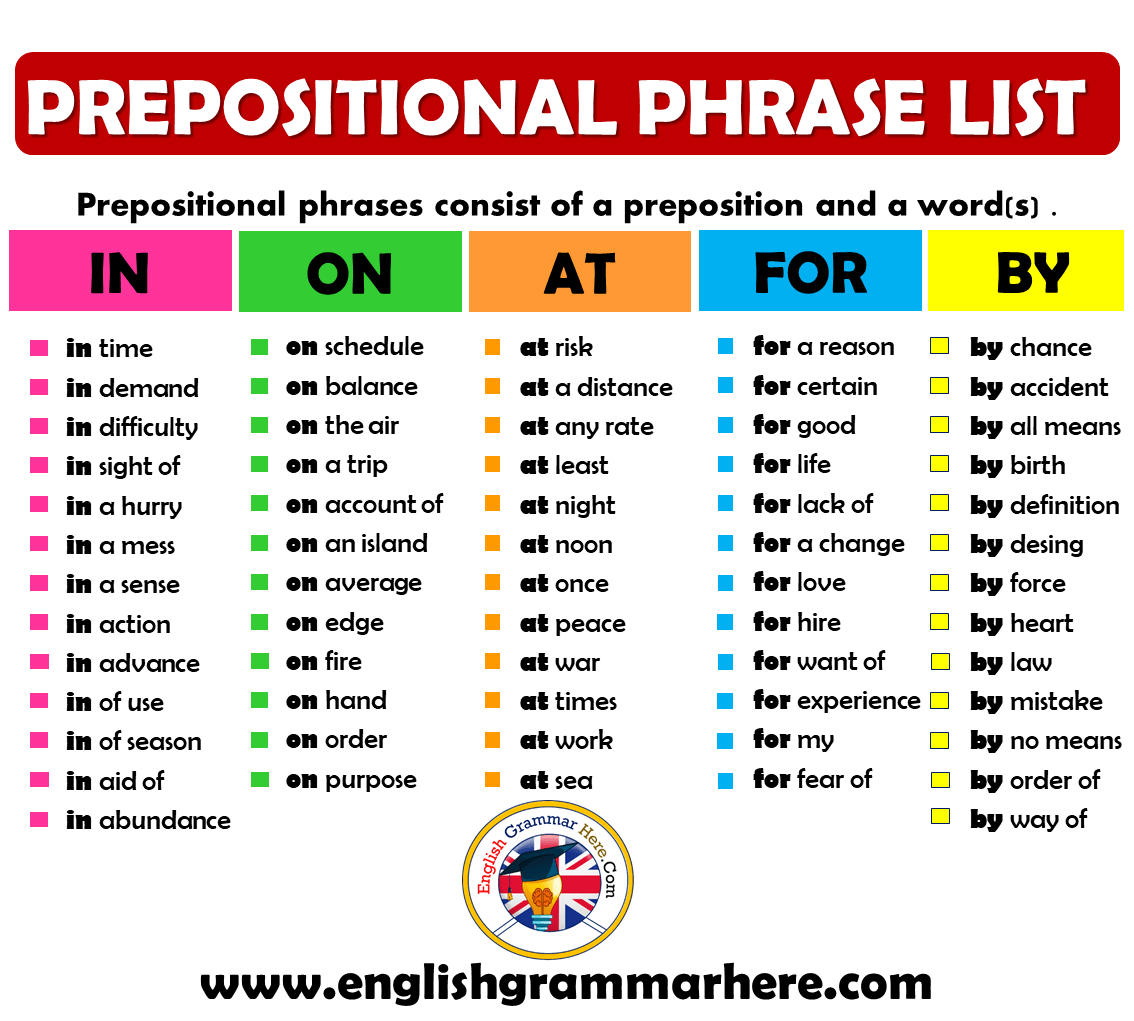