Phrases that start with words such as who, which, that, where, whose name called relative pronoun and characterize the name in a sentence or give extra information about that name are called “relative clause”. Relative clause is not independent in the sentence, but depends on the main sentence. They often come after the name they describe in the sentence. It should be noted, however, that such clauses precede the name they describe. Let’s take two sentences and convert them into one clause in relative clause:

If the name described was lifeless, then ‘which’ or ‘that’ would be used.

How to Use Who, Whom, Whose in English

It is a structure that defines a name and makes it distinctive. For example, if we just say ‘the woman is looking at you’, the people across us will not understand who we are talking about and “which woman?” she needs to ask a question. However, if we say ‘the woman who is standing in front of the my house is looking at you’, we will define the woman and the people who listen to us do not need to ask the question ‘which woman’. If the name described in an adjective clause is not evident and becomes apparent thanks to the relative clause, such situations are called defining relative clauses. “Who” is used when describing people, and “which” is used when describing a lifeless name. ‘That’ is possible in both cases. For example:

It is not clear which student the word ‘the student’ in the sentence is. However, when the ‘that / who got the highest mark’ section is added to the sentence, the student becomes apparent.

Likewise, it is not clear which table the word ‘the door’ in the sentence is. However, when that / which was broken yesterday section is added to the sentence, the door becomes evident. “Which?” When we ask the question, the sentence that responds is defining relative clause. For example:

In the examples above, defining relative clause came immediately after the defined name. Sometimes other words of the identified name can also be found in the sentence. In this case, it comes after these names. For example:

The word described in this sentence is ‘someone’ but came after the phrase at the garden. Because the expression at the garden belongs to the word someone and cannot be separated from it.

In such relative clauses section, the name in question does not need to be characterized. It is aimed to give extra information about the name already known and understood by the other party and the relative clause is separated from the main sentences. For example:

The name described in this sentence is the word ‘my mother’. It is clear who is meant by saying “Mother” and there is no need to define it separately. So the other party, “Which mother?” He does not ask a question. All that is done in the above sentence is that additional information about the mother of the person in question has been given, which is separated from the main sentence by a comma. Even if the ‘Who loves me very much’ part is removed from the main sentence, the meaning and structure of the sentence will not be distorted and there will be no need to define the mother.

Leonardo Di Caprio starred in the movie “Titanic”, which was made in 1997. (It cannot be used as ‘that’ in the sentence and cannot be removed from the sentence in ‘which’. 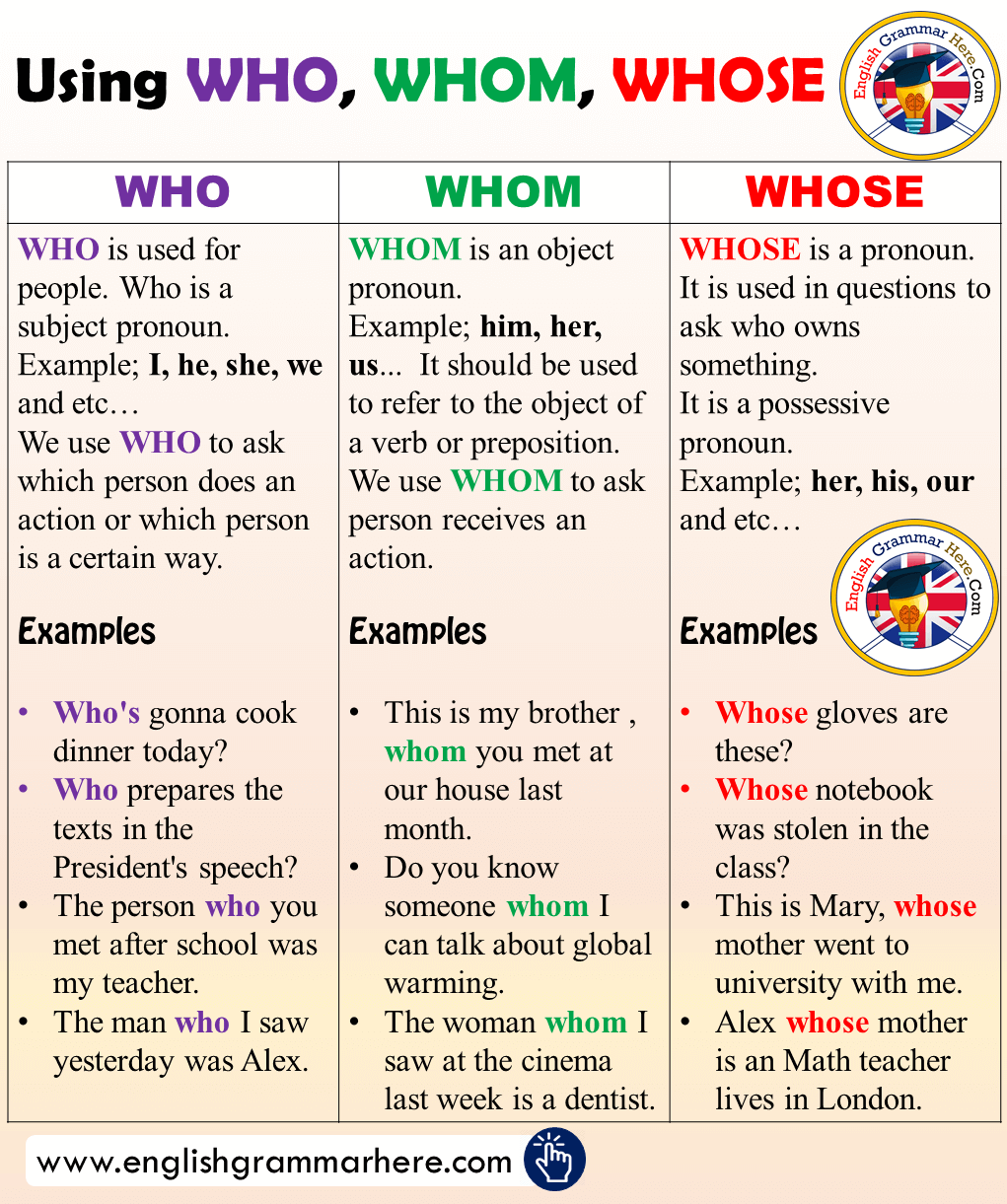