The words that qualify the name are called adjectives. Adjectives are used before the name they define. Adjectives generally refer to nouns, but in some cases also verbs. This does not apply to every verb, these verbs are limited: be, get, become, seem, appear, look, smell, sound, taste, feel. Most of the adjectives can be followed by adjectives clause.

Possessive pronouns are used almost in the same sense as possessive adjectives. The main difference between the two is that no name is used after possessive pronouns. Because it is already known to whom the object belongs to in the sentence.

Note: Its and it’s are among the most mixed words in English. It’s is the abbreviation of ‘it is’, and its is used as a possessive adjective. 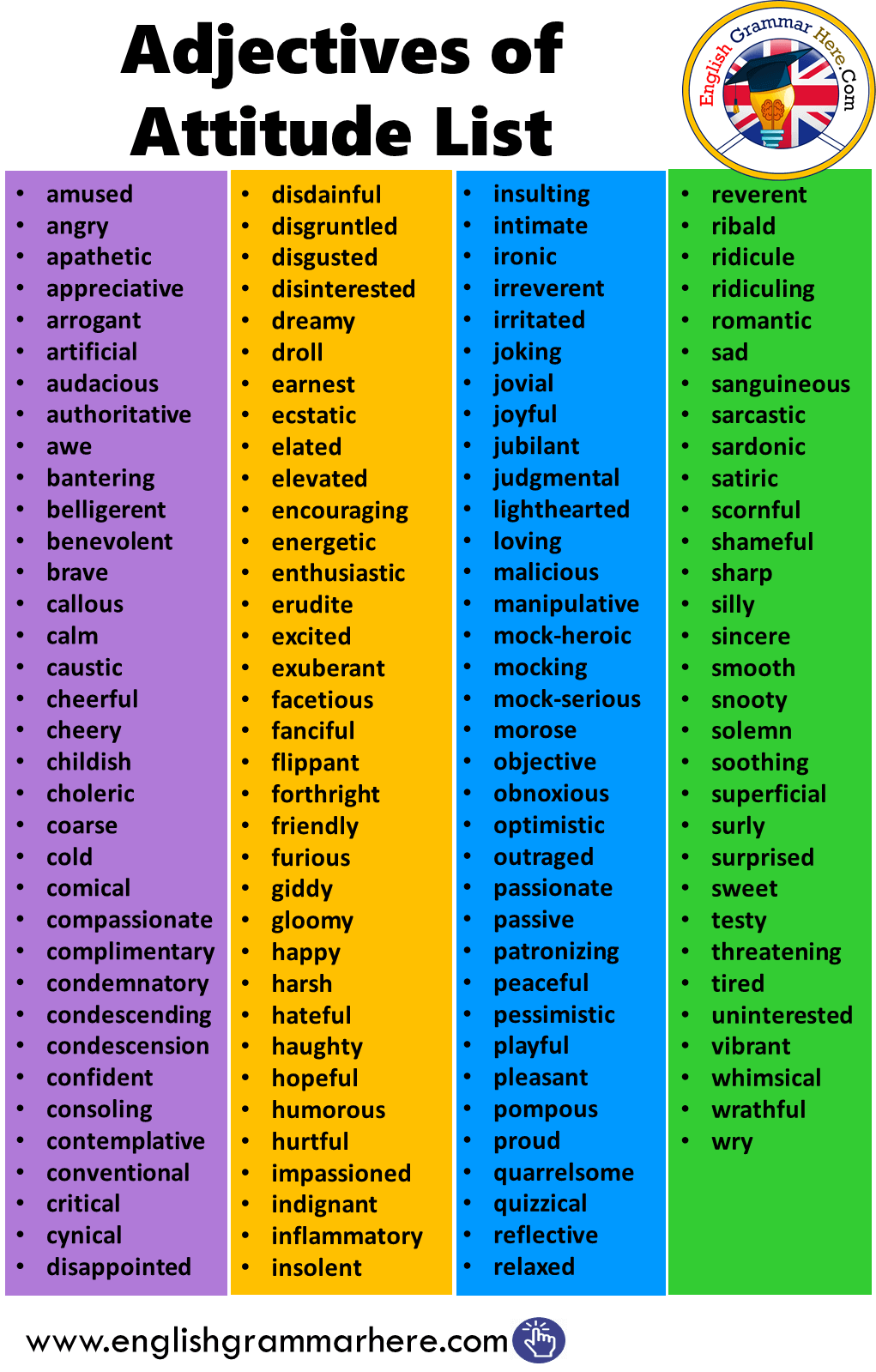