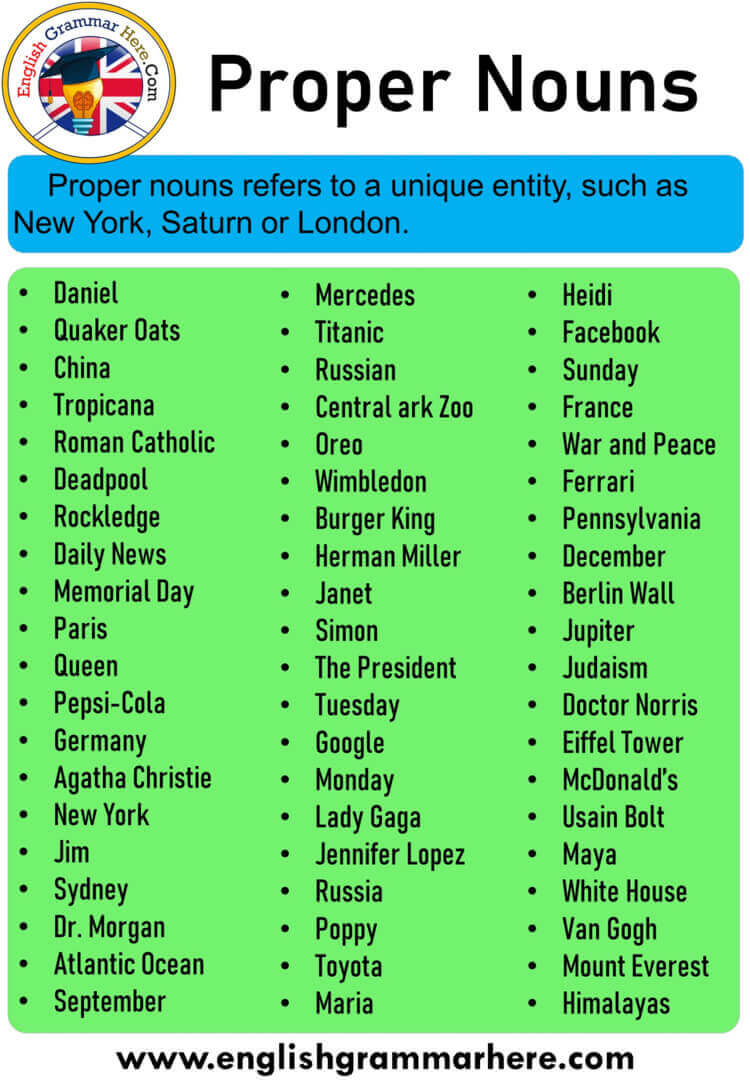 The words that meet the unique and unmatched beings in the universe are called ‘proper noun’. All proper noun (every word that makes up the noun and titles describing and introducing them) starts with a capital letter. If it does not start with a capital letter, it is considered a common noun. For example; Jim, Tomas, London, Washington, Seoul, Ronaldo, Blue Church, Elizabet, John, La Case De Papel, English, English Language.

Types Of Nouns, Definition and Examples