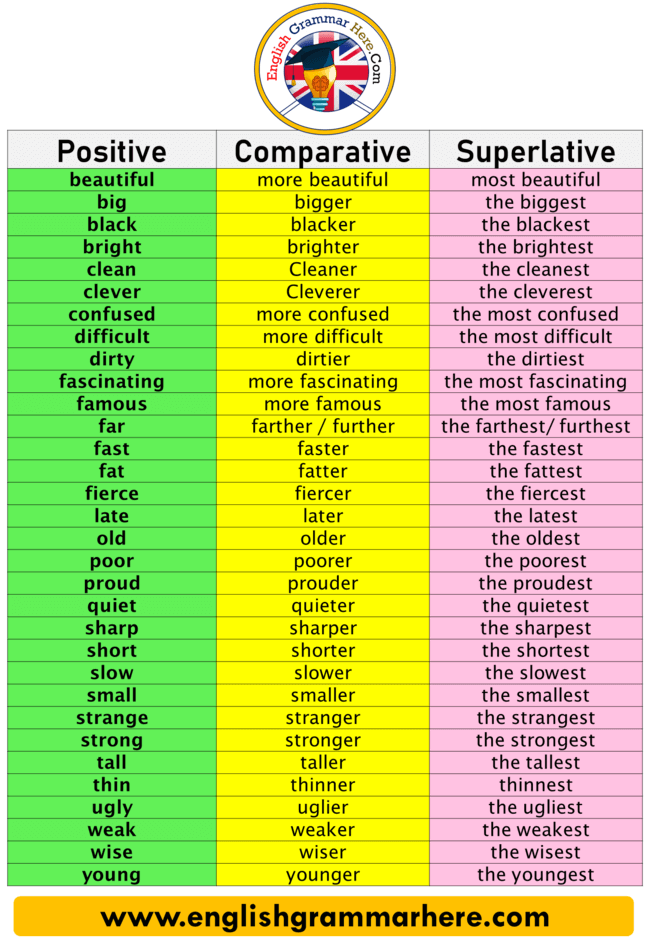 We constantly try to use descriptive words in expressing any situation, person, object or a different phenomenon in everyday life. The words we use to describe things determine the basic features of those things. Therefore, it is necessary to examine such word groups in a separate category. These words that are used before the nouns and characterize them are called adjectives. Adjectives characterize the nouns in the sentences in which they are used and form a more detailed, more saturated expression style. Therefore, such words are often preferred. It is possible to say that there are many types of adjectives in the English language.

They can be characterized by different names, numbers, colors, variety or other distinctive features. Therefore, it is necessary to get to know each type of adjective in detail. It is also important to learn the structure of adjectives in order to understand the adjective clauses.

Here are some examples of positive adjectives:


Here are some examples of comparative adjectives:

In the sentences we use when expressing ourselves during the day, we sometimes need to express superiority. The type of adjective that we will use when we want to indicate that any object, name or person is superior to all other alternatives is defined as superlative adjectives. A different kind of suffix is used in English in such adjectives. -est suffix should be used in order to add superiority meaning to the related adjective. Moreover, not every adjective is regular. Some of them change when they have the meaning of superiority. So, it is important to check out the rules for comparing suffix.

Here some examples of superlative adjectives: